The five steps needed for future pandemic protection and preparedness

"What did we learn?" along with "what do we do in future?" according to the World Nano Foundation (WNF) the not-for-profit organisation that advances innovation and commercialisation of nanoscale technologies.

WNF Co-founder Paul Sheedy said: "With the human and economic costs of COVID still rising, all nations surely know they must invest in technology and innovation against ongoing pandemic threats, especially after ignoring previous warning signs.

"We had had successive COVID-like outbreaks like SARS and MERS, the shocking 2014-16 Ebola outbreak in Africa which killed more than 11,000 and now threatens to erupt again in Liberia, plus historic devastation from events like Spanish Flu (1918-20) which killed up to 50 million people globally, and ongoing killers like Cholera.

He quoted a recent Bloomberg report suggesting that the US Biomedical Advanced Research and Development Authority (BARDA) received a detailed plan from pharma firm GlaxoSmithKline in 2017 suggesting vaccine technologies to pursue, plus an organisational chart for a 180-strong task force of scientists, doctors, and others to execute the scheme at a cost of $595 million over 10 years.

Sheedy added: "Amazingly, an operation like this was well within the brief envisaged by Washington when it created BARDA in 2006, effectively to develop or procure drugs and vaccines, and promote action against bioterrorism plus pandemic and infectious threats."

The Bloomberg report highlighted how Glaxo even offered an under-utilized lab and production plant in Rockville, Maryland and experts there who might work alongside government agencies and non-profit organisations on vaccines, but nothing came of the company's initiative.

Sheedy added: "It looks like a major lost opportunity, compounded by a US government decision to disband the dedicated pandemic response unit at the National Security Council in May 2018, at a time when nanotechnology initiatives could have made great strides to protect against the current disaster.

"It's not as though COVID hit us like a tsunami; not only had we witnessed those earlier and similar infectious diseases, but many experts were warning in late 2019 about what to expect, and now we all do – at a cost far higher than if governments had acted on those earlier pandemics,

"The good news is the whole world knows it is now time to invest in advanced technologies to save lives and our economies in relation to the long-term effects of long COVID on healthcare and before another pandemic hits, and this kind of investment will also have a positive impact on healthcare provision generally."

This awareness is reflected by the recent launch of the Luxembourg-based Vector Innovation Fund, with its $300m Pandemic Protection sub-fund based around better protection and preparedness from infectious diseases using technologies that enhance future global healthcare, and to unlock potential growth and prosperity from innovative and disruptive technologies such as nanoscale innovations.

This sub-fund will target the long-term effects of COVID-19 on healthcare and future pandemics and ignite a new tech driven era in global healthcare, a sector tipped to soar by 50% extra each year towards a market worth $1.333 trillion by 2027 (source: Precedence Research 2020)

Paul Sheedy also endorsed a five-point pandemic 'insurance' plan in the Bloomberg report: "Five steps towards victory against the next pandemic threat – whatever that may be."

The five steps for pandemic protection:

Humans now live ever-closer to animals, increasing the risk of new and unknown infections crossing from species such as bats and pangolins – the suspected 'bridges' for the COVID-19 infection – into humans, while global travel enables the rapid spread of any outbreak.

Peter Daszak, an expert virus hunter at the EcoHealth Alliance research group, suggests governments should track and intervene against emerging viruses as they would terrorists, before they wreak havoc, but it is a big task.

Daszak estimates there are some 1.7 million unknown mammal viruses that could spread to humans and proposes a $1 billion programme to identify at least two-thirds of these, so resources can be tailored to track and reduce pandemic risk.

Others call for consensus on the right actions for the start of an outbreak to avoid the inconsistent response to COVID's arrival; the jury is still out on which countries made the right calls on social distancing and lockdowns.

COVID-19 has highlighted the need for a cohesive global pandemic surveillance and response partnership.

The World Health Organization should be that body but has been criticised for deference to China and for being slow to declare COVID as a global emergency. The WHO's response was that it must stay diplomatic and cannot force member states to reply to its requests.

But experts argue that if the world is to get better at spotting and then acting against the next pandemic, then individual nations must not hide local outbreaks until they erupt into global issues, as happened with COVID in China and Ebola in West Africa.

Instead, it needs to be a more co-ordinated approach under a beefed up WHO-style body – one label being used is "a biological NATO" with rapid response powers.

This 'super-WHO' might also use combined financial muscle to: fund elimination of 'wet markets' where wild and live animals are sold for food; discourage jungle deforestation - which pushes animals and the viruses closer to humans -; and train more local field workers in remote regions to augment the current ad hoc system where the WHO, charities, universities and volunteers combine against emerging threats, but risk being too slow.

Virus 'Tracking and Tracing' has enjoyed a mixed press during the COVID-19 pandemic and many scientists think it should give way to gene sequencing, made possible by a huge increase in the number of such machines, making it possible to sequence a virus genome for as little at $50.

This would allow tracking and data on the virus to be assessed quickly and acted upon while also gathering intelligence on possible mutations and their resistance to current vaccines.

The UK has become a leader here and used sequencing to identify what has become known as the 'UK variant' of COVID-19.

One area where governments responded well against COVID-19 is in quickly developing several effective vaccines against the virus, but experts warn that we up the pace: better preparation could have made current vaccines available even earlier, while new ones need to be evolved or developed now against COVID variants and other threats as yet unknown.

Some say the goal must be investment in vaccines and drugs that protect against multiple viruses.

Ironing out distribution and logistics

In a world of Amazon deliveries and supermarket shelves groaning with produce from far flung places, it might be thought that moving medicines should be equally simple and well-organised, but COVID-19 has shown the opposite.

The sometimes chaotic acquisition and transporting of Personal Protection Equipment as well as movement and distribution of vaccines – some with sensitive shipping and storage needs – plus the ad hoc vaccination infrastructures, all show that more needs to be done in this area. • 3/21

The World Nano Foundation is a not-for-profit membership organisation with 75,000 subscribers and users in 40 countries working on international commercialisation of nanoscale technologies in 16 industry sectors and collaborates with a wide variety of partners, maximising support and funding bringing advanced technology to the world and commerce. This is supported by many industry and academic groups developing and creating a legacy for nanotechnology innovation. 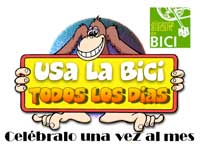